A new study has revealed a decline in the ability of Great Barrier Reef Marine Park reefs to recover after disturbances.

Scientists at The University of Queensland, ARC Centre of Excellence for Coral Reefs Studies (Coral CoE) and the Australian Institute of Marine Science (AIMS) have found a decline in the ability of Great Barrier Reef Marine Park reefs to recover after bleaching events, outbreaks of crown of thorns starfish or cyclones over an 18-year period, from 1992 to 2010, even before the recent back-to-back bleaching in 2016 and 2017.

Dr Juan Ortiz, lead author from The Australian Institute of Marine Sciences and UQ’s School of Biological Sciences, said that during this time, average coral recovery rates showed a six-fold decline across the Great Barrier Reef.

“This is the first time a decline in recovery rate of this magnitude has been identified in coral reefs,” he said.

The decline is driven by a combination of the legacy effect of acute disturbances like coral bleaching and cyclones and the ongoing effect of chronic pressures like poor water quality and climate change. 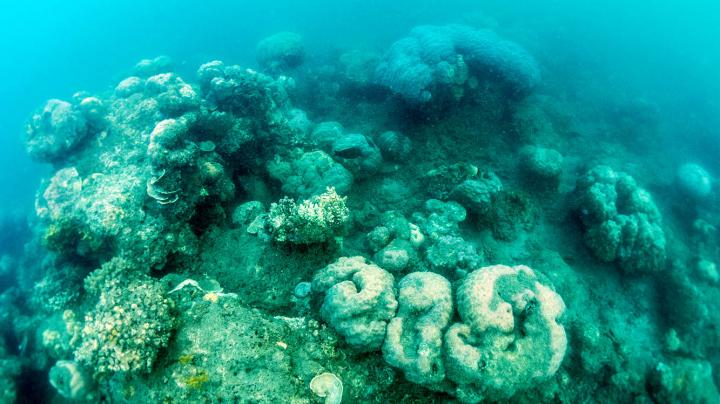 Professor Peter Mumby of the ARC Centre of Excellence for Coral Reef Studies at The University of Queensland, said that this was serious cause for concern, particularly given the accelerating impacts of climate change on reefs, but it is important to stress that not all reefs are failing.

“I believe there is scope for management to help remedy the situation,” he said.

“Our results indicate that coral recovery is sensitive to water quality, and is suppressed for several years following powerful cyclones.

“Some reefs could improve their recovery ability if the quality of the water entering the reef is actively improved.”

Study co-author Dr Nicholas Wolff, from The Nature Conservancy, said that some areas of the reef are faring better than others, but their overall finding was that action needs to be taken.

“While there was variability among regions, the decline in recovery rate was consistent in all coral types included in the study,” he said.

“The future of the Great Barrier Reef is threatened without further local management to reduce chronic disturbances and support recovery, and strong global action to limit the effect of climate change.”